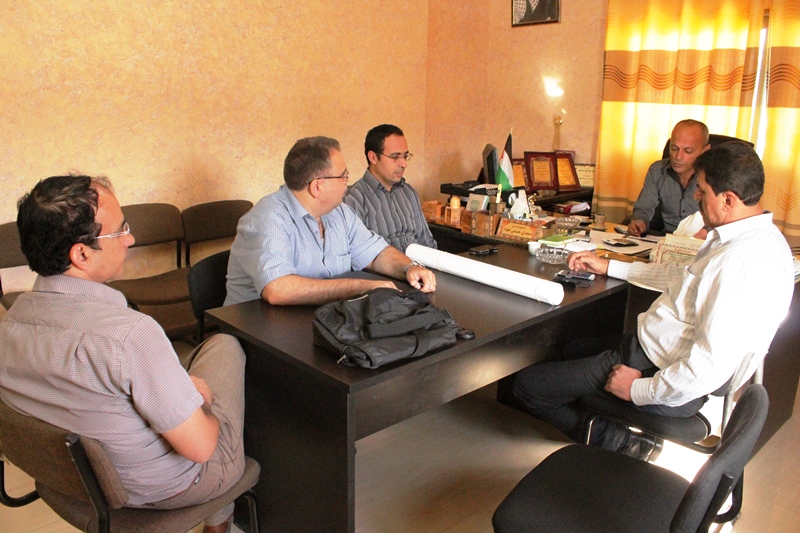 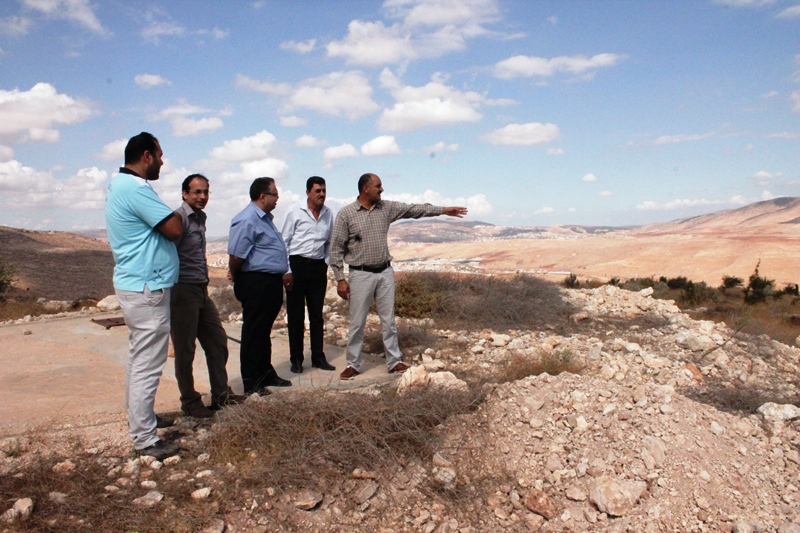 30 September, 2014. Within the project activities of Strengthening Livelihoods through Community Adaptation and Learning (SLCAL) project, The Applied Research Institute – Jerusalem (ARIJ), organized meeting with Tubas Agriculture Directorate. The meeting was attended by representatives of the Agriculture Directorate in Tubas Governorate, namely: Majdi Odeh Director of the Tubas Directorate, Amjad Fayad Head of Division (General Directorate of Forest and Rangeland), and Najeh Bani Odehm Head of Pastures Department, Ministry of Agriculture, Abdullah Omari Coordinator of ICADA in Palestine, and Nasser Sholi, Researcher at the Palestinian National Center for Agricultural Research. This in addition to the ARIJ project team represented by Nader Hrimat, Deputy Director General and the project coordinator, Saher Khoury Project Technical Coordinator and Anas Sayeh Coordinator of ARIJ office in Tubas Governorate. 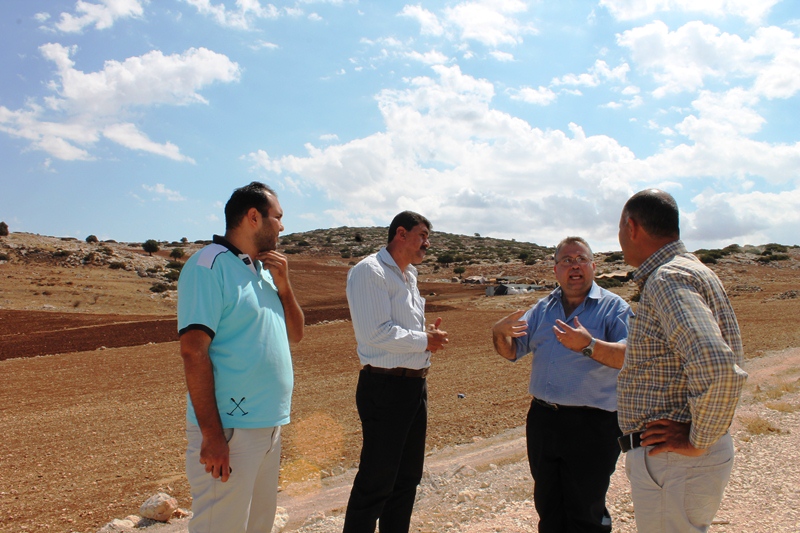 The meeting aimed to inform Tubas Agriculture Directorate and the participating institutions and research centers of the project objectives and activities in Tubas Governorate, particularly the cultivation and development of pastoral areas, through seeding new pastures and renovating old Pastures. Also, the participants discussed the nominated localities to conduct the project activities, and the role of the Ministry of Agriculture and the related Institutions in the project. After the meeting, the participants visited several natural and artificial pastures in Tubas Governorates, particularly Ibziq, ‘Khirbet 'Atuf and Salhab, in order to select the most suitable locations to seed 500 dunums of pastures seeds and seedlings, in order to increase the vegetation cover, protect the soil from degradation and provide feed for livestock in the targeted localities. The field visit enables ARIJ project team to collect valuable information about the nominated localities, and identify them using the Global Positioning System (GPS) technology. Strengthening Livelihoods through Community Adaptation and Learning (SLCAL) is a project implemented by ARIJ in partnership with CARE International and funded by the German Federal Ministry for Economic Cooperation and Development, and in partnership with the Palestinian Ministry of Agriculture. The project is implemented in the West Bank and the Gaza Strip, Palestine.