Bethlehem, 5 march 2013:- the Applied Research Institute – Jerusalem (ARIJ ) and its board of trustees have hosted H.E. William Shomali as to continue its outreach ongoing efforts with the local stakeholders in the occupied Palestinian territory.

General Director Dr. Jad Isaac explained to the honorable guest on the scope of work and interventions conducted by the institute, noting on the success stories that ARIJ has been able to bring to the local community. 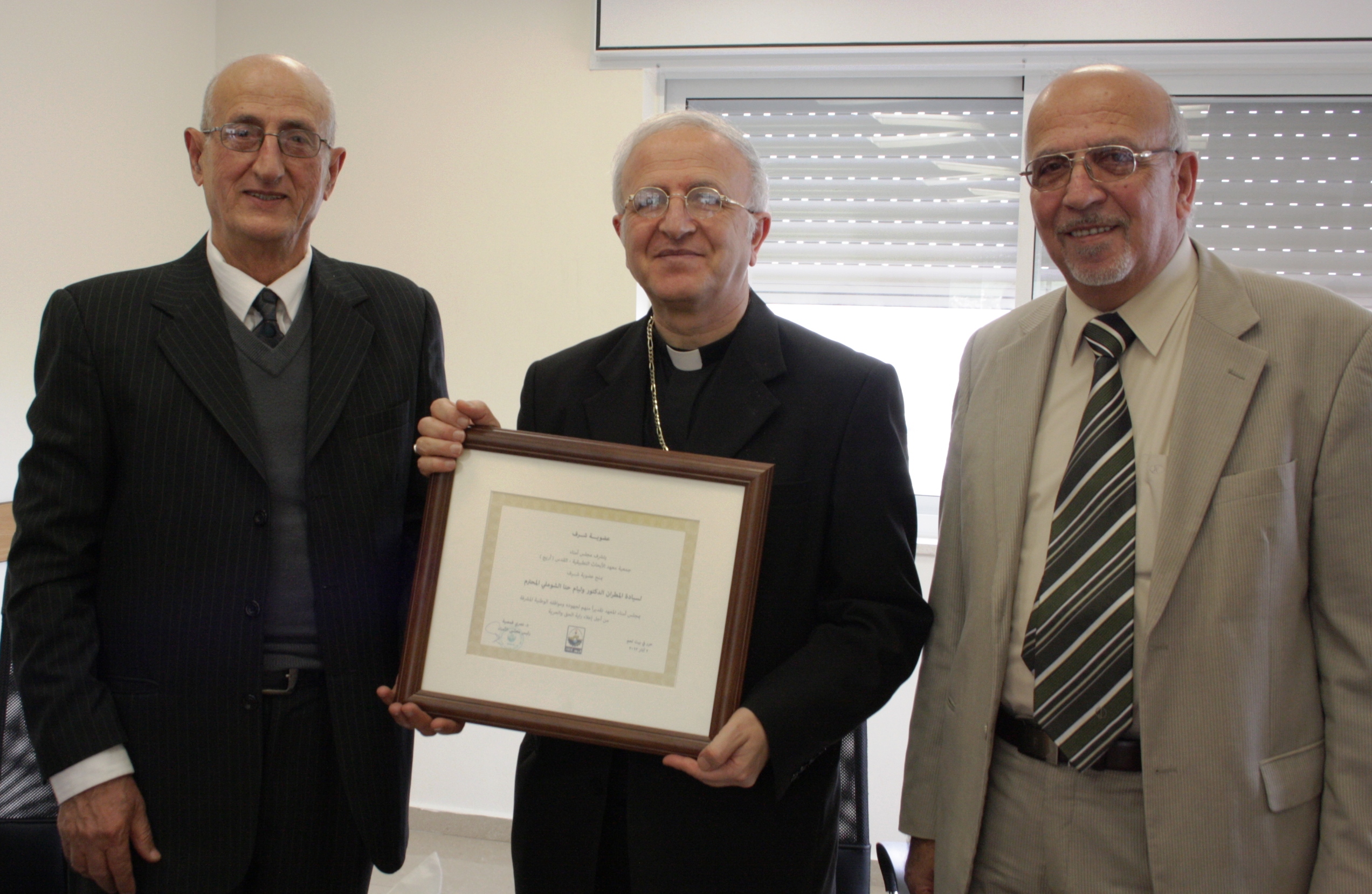 The guest H.E. William Shomali praised the work of the institute as a local national R&D institution advancing and creating the change needed for development. H.E Shomali commended on ARIJ  as a key employer within Bethlehem Governorate which has a high unemployment rate closing to 28% and considered to be second higher after Gaza strip.

Towards the end of the meeting the honorable guest H.E. William Shomali was presented with a honorary board membership and series of ARIJ most notable publications, the guest thanked the institute General Director and its board of trustees for this kind gesture calling on them and on the respectful team of ARIJ to continue their efforts towards advancing the human development in the oPt.