Bethlehem, October 31, 2012— International bodies, EU Consul Generals and Representatives in the oPt of the various countrieswere briefedon the latest Israeli geopolitical violations within the occupied Palestinian territories during a brief on Wednesday’s as part of the Applied Research Institute Jerusalem |ARIJ| Project titled ”Monitoring Settlement Activities in the Palestinian Territories” an EU funded project. 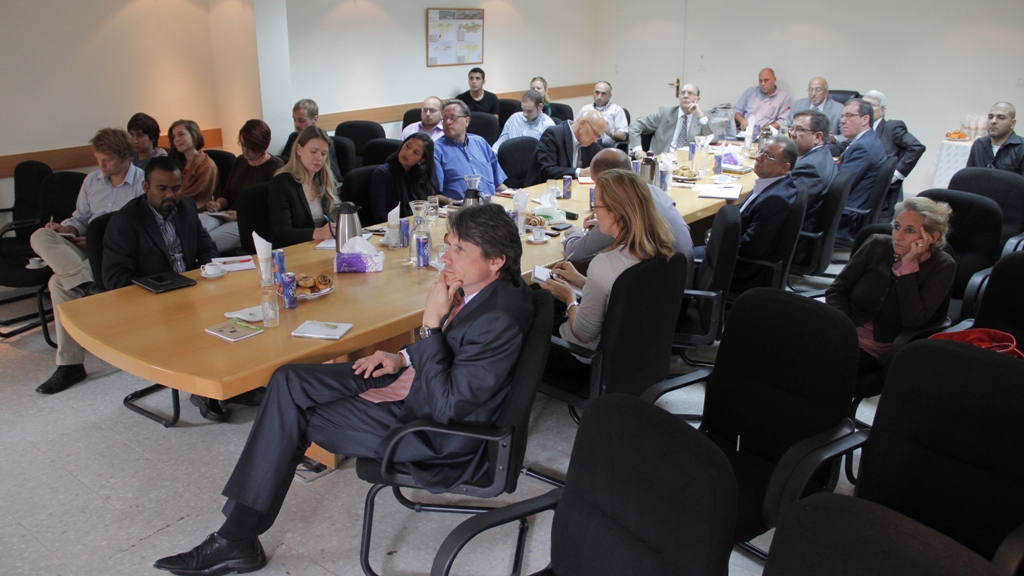 A captivated audience of concerned stakeholder heard ARIJ’s General Director Dr. Jad Isaac as he elaborated on the expansions and violations that have occurred in the oPt and their effect on the prospects of achieving the two state solution. Changes and challenges that also undermine the livelihood of indigenous people living in the occupied territories.

Isaac highlighted the recorded violation of over 9,800 build housing units -1,879 Structure- in 161 illegal settlements in the oPt, documented in a large number of 447 units within the settlement ring surrounding Ramallah governorate.
The report presentation given by Dr. Jad exposed the truth behind for settlements expansions that come under the myth of the so-called “natural growth”; providing information according to the Israeli Central Bureau of Statistics the natural population growth rate in Israel is 1.7% which indicates that the 628,000 settlers of the OPT are in need of an annual 2,541 housing units to meet their housing needs based on an average of 4.2 people per house hold according to the same source. however Figures indicate that settlement expansion exceeds that as follow:

A record of expansion that was accompanied by the demolishing of over 243 Palestinian houses that are built on privately owned Palestinian land. Moreover the record of the last 10 month of the year 2012 have documented the attack on over 9,046 Palestinian fruitful tree in the occupied territories by the state of Israel or by violence carried out by the hardline extreme settlers, mainly in the olive harvest era.

Recent developments & updates on the route of the illegal segregation wall; tackling the areas affected mostly in the south of Hebron governorate, where the route of the wall will isolate indigenous communities and harshly effect their lively hood, while on the other hand paving the path for the nearby settlements for future expansion doomed illegal upon international law. 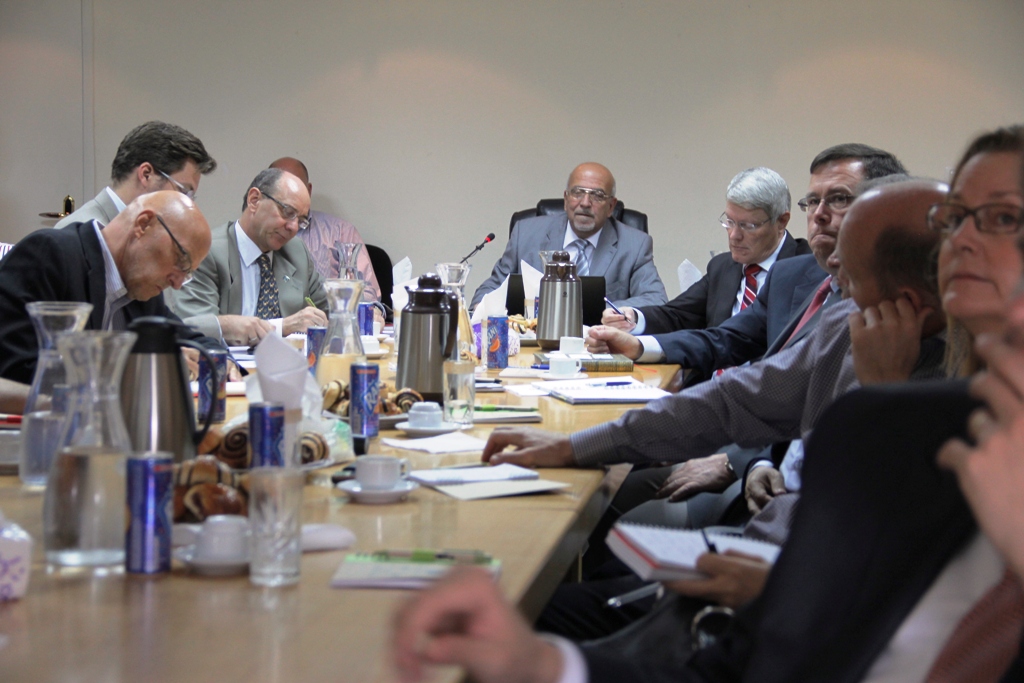 Finally noting on the land degradation report that was published by ARIJ that highlights the Palestinian cities as the most affected due to the natural growth and limitation of urban expansion in area “C” -more than 61% of the West-Bank area which Israel yet fully control monitoring of land conditions- thus leading to grave degradation if area A & B.
Dr. Jad Isaac Concluded “Israeli politicians have never so far declared their approval for any formula that will bring a Palestinian states based on the borders of June 4th 1967, intentions of Israeli politicians so far do are not in favorer of a Palestinian sustainable state rather than an endless control of the land ” .
ARIJ is an local organization experienced in the Palestinian Territory in the fields of economic, social, management of natural resources, water management, sustainable agriculture and political dynamics of development in the area. ARIJ plays an active role in the local community as an advocate for greater cooperation among local institutions as well as international and non-governmental organizations www.arij.org