ARIJ Report on Occasion of World Day to Combat Desertification 2014 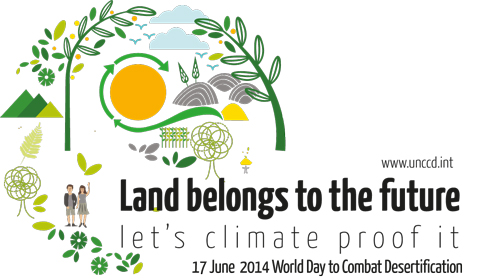 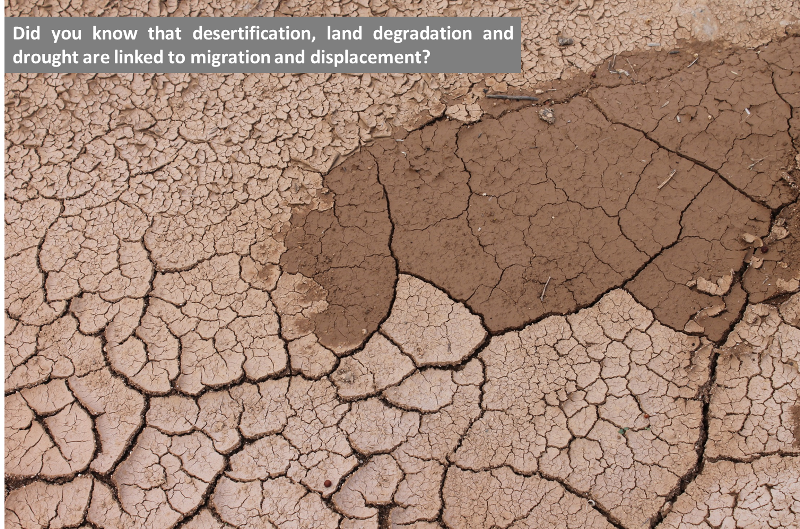 Land Degradation, caused or exacerbated by climate change, is not only a danger to livelihood, but also a threat to peace and stability. Land degradation is acutely felt in the Palestinian lands, and the amount of land in the West Bank under active degradation is 876 km2 (16% of the West Bank), and almost all types of soil degrading process are taking place in Palestine. This high proportion shows that the conservation measures, combat desertification and desertification policies are urgently needed. Some governorates in the West Bank are especially affected by land degradation like Tubas, Jericho, Tulkarm, Nablus, Jenin and Qalqiliya. On the other hand the Jordan valley and Semi-coastal agro-ecological zones are especially affected by land degradation in the West Bank; in the Jordan Valley the Pastures are the most affected by land degradation due to the extensive overgrazing, while in the Semi-coastal zone the agriculture, forest and semi-natural areas are affected by land degradation. The most significant environmental effects of climate change for the people in Palestine, over the course of this century are projected to be a decrease in precipitation (with significant seasonal variation) and significant warming. Climate Change in Palestine directly affects small farmers, threats their productivity, this in addition that freshwater resources are declining, crop yield are faltering and food-growing areas are shifting due to the geopolitical condition and drought. Extreme weather is predicted to have an even greater impact on food production in the Palestinian territory. 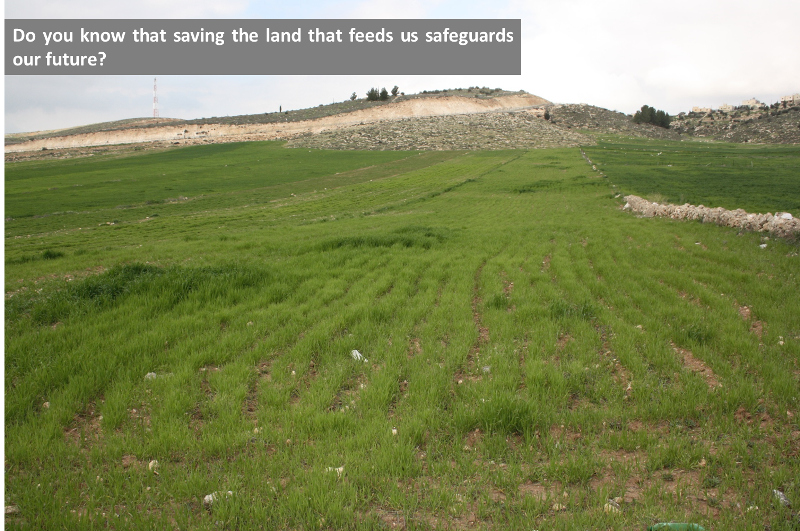 Dryland ecosystem in Palestine includes two types of dry areas, arid area 26.1% of Palestine (1574 km2) and semi-arid area 73.9% (4449 km2). The southern and eastern parts of the West Bank are the most affected by the Aridity, especially in the Jordan Valley and the Eastern Slopes agro-ecological zones. Dryland ecosystems, with their vast open spaces and fragile soil are sensitive to even slight climate and weather variations. People in the drylands in Palestine are among the most vulnerable to climate change because they earn their livelihoods as pastoralists and farmers. The health and productivity of dryland in Palestine extend far beyond the Palestinian people living there, they are home of livestock and cultivated systems, and they contains habitat for indigenous plants and drought resist plants. 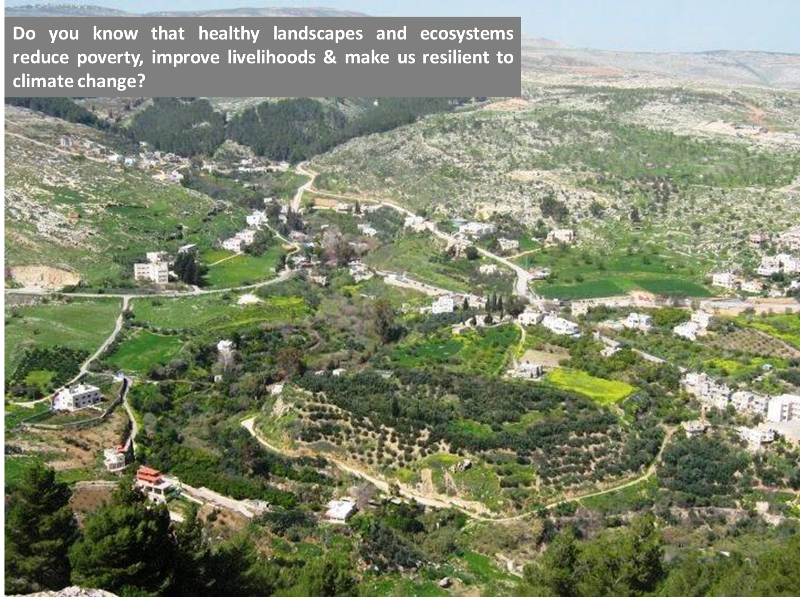 Climate change adaptation refers to actions taken by us to ensure that the negative impacts of climate change are prevented or minimized and that people in arid and semi-arid ecosystems in Palestine are equipped to withstand potential damage. Adaption to climate change strategies involve a range of actions, such as:
• Sustainable water management.
• Sustainably land management.
• Avoid further land degrading and reclaim and repair that which has been damaged. 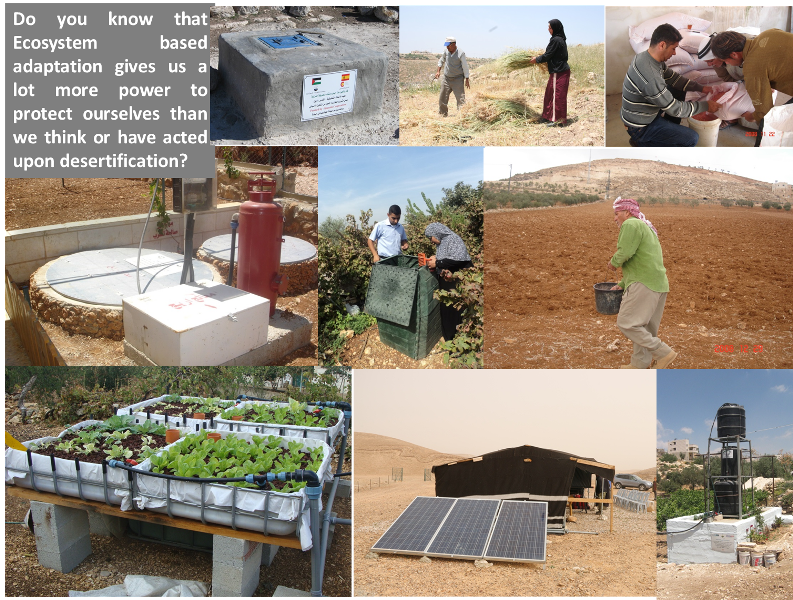 Recovering land that is degrading will have multiple benefits for the Palestinian. We can avert the worst effects of climate change, produce more food and ease competition over resources. We can preserve vital ecosystem services, such as water scarcity which support the lives of the Palestinian in multiply ways, and protects them from drought. 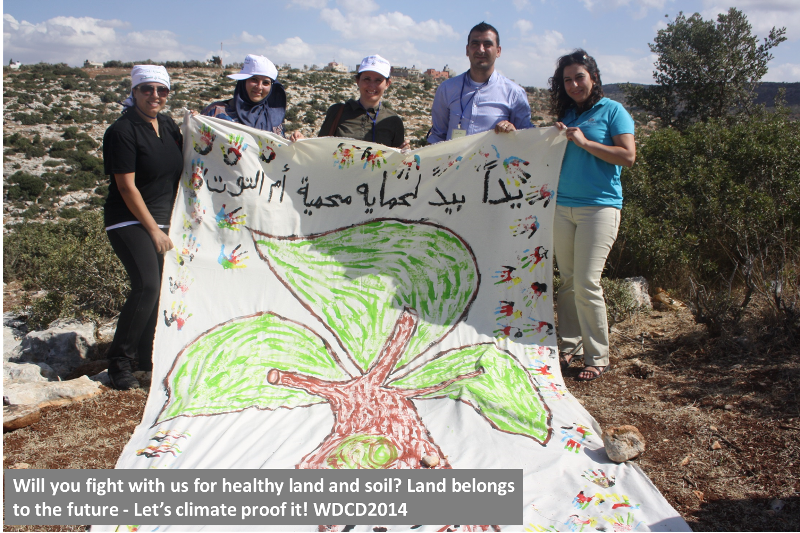 Thank you for helping make the World Day to Combat Desertification a success in 2014.