Spring this year in Palestine is unique; manifesting a colourful appearance and a great wealth of flowering plants spread over the hills and countryside. In Palestine, the highly valued wild flowers are used for medication, cooking, decoration, and spiritual and traditional purposes. Flowers are recognised as an integral part of the national Palestinian heritage, filled with history and symbolism. 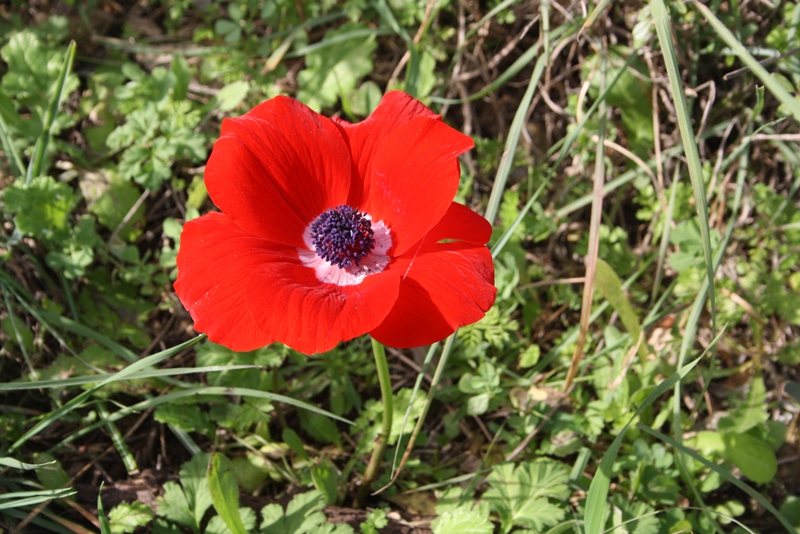 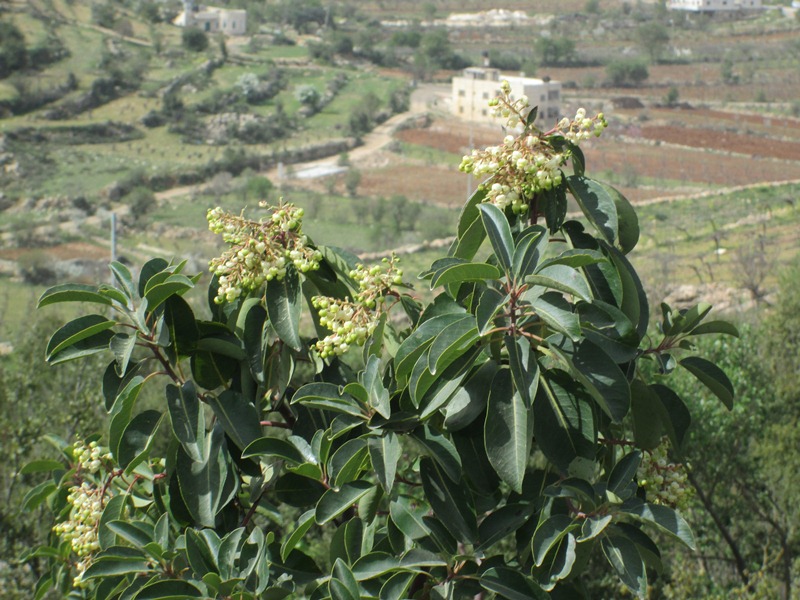 This year boasts high amounts of rainfall, which has exceeded the normal average for the same period. Rainfall has enhanced the growth of a wide and dense cover of flowers across the country. Soon after the first winter rains in October/November, a green carpet grows, covering the country until the next dry season. Pink and white cyclamen, and red, white, and purple anemones bloom from December to March, followed by the blue lupine and yellow corn marigold. Many native plants, such as the crocus and squill, are geophytes, storing nourishment in their bulbs and blooming at the end of the summer.

Other types of vegetation flourish too at this time of year. Natural woodlands of oaks, pistachios, pines, and carobs cover the hilly regions as well as their plant associations such as asparagus, honeysuckle, and others. In spring, rockrose and thorny broom turn the hillsides pink, white, and yellow. There are hyacinth, crocus, and narcissus in the mountains as early as December, followed by anemones, tulips, cyclamen, iris, and daisies. Honeysuckle creeps over the bushes, and large plane trees such as tamarisks and willows provide shade along the streams of Jordan Valley.

Today, forests of planted trees and bush plants such as pine, cypress, acacia, and eucalyptus are distributed throughout the country where wildflowers and medicinal plants grow in profusion. Fruit trees such as wild plums, peaches, pears, figs, medlars, mulberries, dates, and almonds bloom in spring. Blackberries, loquats, and pomegranates flourish during the summer months. In the south, acacia trees and the prickly cactus suck moisture from the desert. Atlantic pistachios strike a dramatic note among the dry riverbeds, and date palms grow wherever there is sufficient underground water.

Another marked feature of the region is the great variety of bulbous and tuberous-rooted plants such as crocuses, cyclamen, fritillaries, orchids, and tulips. Bulbous plants flower either in the late winter and spring or in the autumn, when the weather is cooler and there is plenty of moisture around to promote growth. There are many special plants in Palestine that grow in the sand-dune habitats of the coast, such as acacia, tamarisk, and marram grass.

All this makes Palestine home to a stunning variety of plants. As part of the Mediterranean basin to the west and the vast desert to the east, Palestine is a world centre of wild plant biodiversity and is known for its rich biological resources and variety of plant formations. Palestine (West Bank and Gaza Strip) alone is host to 2,076 plant species – 1,959 plant species in 115 families in the West Bank, and 1,290 plant species in 105 families in the Gaza Strip.* The plant families’ composition and distribution differ from one geographical area to another since the ecosystems are different. This is why Palestine is such a pleasant place to wander in and has been called the Land of Wild Flowers; anyone who has seen it in spring would award it this title.