Bethlehem, April 12, 2014 – The Applied Research Institute – Jerusalem (ARIJ) in cooperation with the Arab Center for Alternative Planning (ACAP) organized the first meeting between the two project working groups from Bethlehem and Nazareth, within the project activities of Sustainable Planning as a Tool to Promote Dialogue and Cooperation between the Palestinian and the Arab Towns inside the green line. The meeting was attended by representatives of the project targeted municipalities in Bethlehem Governorate (Bethlehem, Beit Sahur, Beit Jala, Al Khader and Ad Doha), representatives of local governmental and private institutions, in addition to the project working groups from Bethlehem and Nazareth. 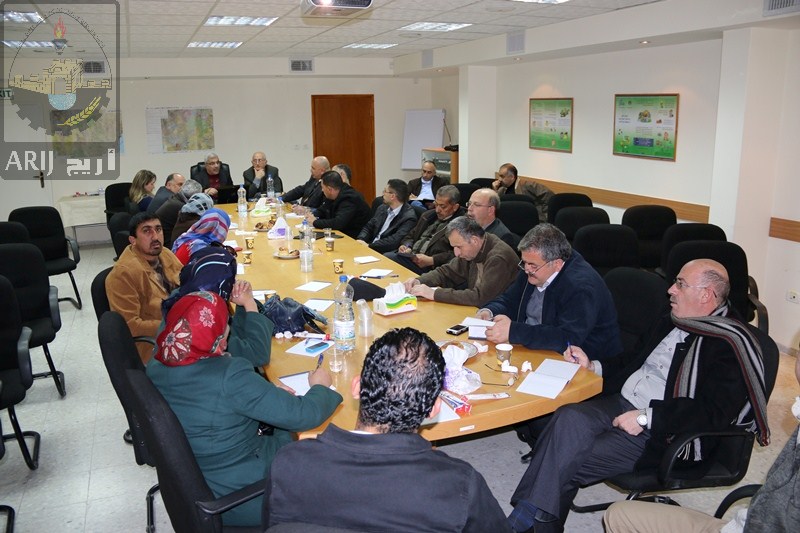 Dr. Jad Isaac ARIJ General Director started the workshop welcoming the participants and the working groups. During his speech, he explained the importance of such a meeting between the two working groups for the experience exchange and also for binding the brotherhood relationship between Palestinians in the West Bank and the Arab towns beyond the Green Line. Dr. Jad also gave a lecture about the geopolitical status in Bethlehem Governorate, which highlighted the suffering of the Palestinians from the Israeli settlement practices, which interrupts the process of sustainable planning in the governorate.
Afterwards the two working groups went for a tour to visit a number of development projects in Bethlehem governorate. The tour started with a visit to Duheisha Camp, followed by a visit to Bethlehem Convention Palace and Solomon's Pools (Beraik Solayman) located in Artas village. There the two groups were greeted by Architect George Bassous from the Arab contracting Company, and the General Director of the Bethlehem Convention Palace. Architect Bassous gave a full explanation of the project, its importance and its role in the development of the economy and tourism in Bethlehem. He also spoke about their role in the preservation of this site as a primary source of water for the surrounding areas. After that, the two groups walked down from the “Al ‘Mal” towards “Star Street " to Manger Square, where Engineer Ziad Al Sayeh from Bethlehem Municipality presented a brief summary of the most important projects that were completed by the municipality in the area, which included the rehabilitation of the Old City and old market. 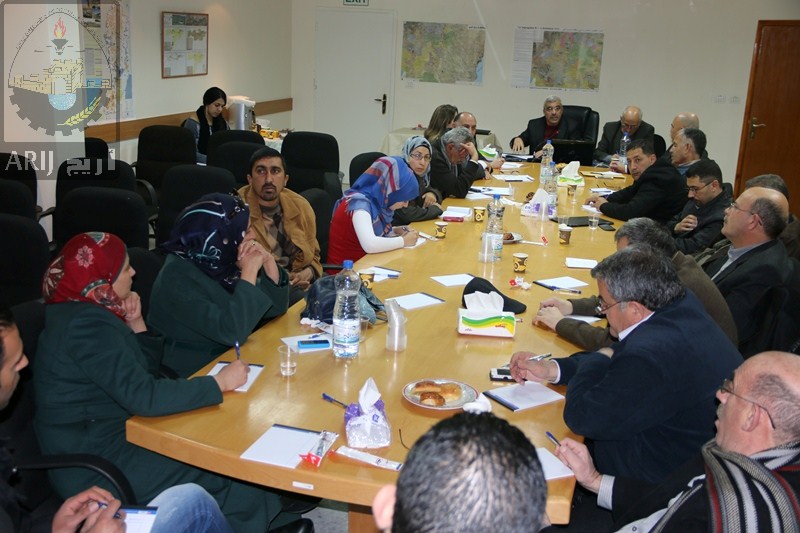 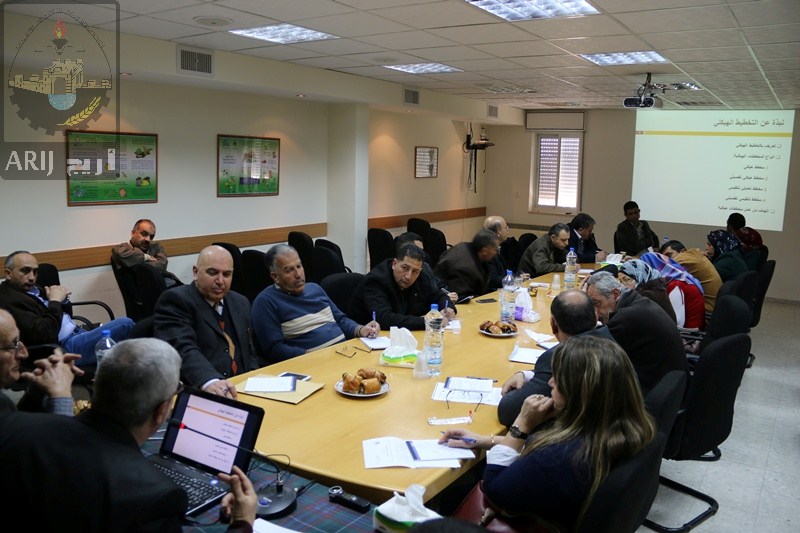 Engineer Nadine Rishmawi from the Centre for Cultural Heritage Preservation mentioned the important complementary role of Bethlehem Municipality and the Centre For Cultural Heritage Preservation. Their combined roles in the rehabilitation projects of the old buildings were conducted by the center in collaboration with the municipality in the "Star Street“ area. The two groups visited one of the eligible old houses in the old city, which was rehabilitated in order to preserve the inherited cultural areas. Subsequently the participants reached the Manger Square where Engineer Ahmed Hifnawi from Bethlehem Development Foundation presented their current and future projects. These included the Nativity Church roof rehabilitation project as well as the rehabilitation of the Manger Square, which seeks to revive the economic, cultural and tourism movement there.
The tour ended in Beit Sahour, where Engineer Metri Bannoura from Beit Sahour Municipality, clarified the municipal policy of rehabilitating the old buildings such as the " Dar Al-Shomali " and " Dar Abu Sa’da " within a partnership with the Centre for Cultural Heritage Preservation of the old city, in order to maintain the cultural heritage of the Palestinians and to maintain the national identity and the architectural heritage of Palestine. Engineer Ghassan Daoud from Beit Sahour Orthodox Congregation Society Housing Project, also highlighted the Israeli practices that the project faced in Beit Sahour, since the buildings were issued demolition military orders because their of their location which is classified as Area C. The meeting was concluded by a discussion between the two working groups about the urban and architectural sites, which had been included in the tour, as one of the most important elements of the urban planning process in Bethlehem. These sites also presented the concept of cultural heritage and the importance of maintaining them as a component of economic development in the governorate. 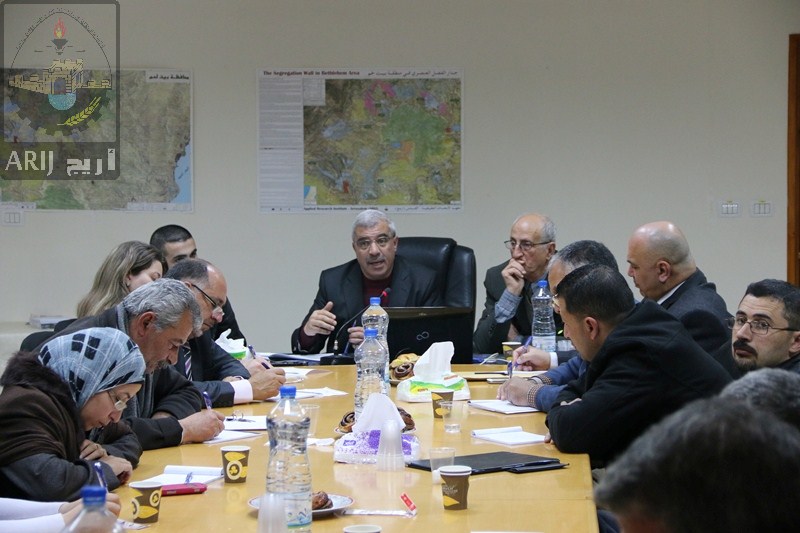 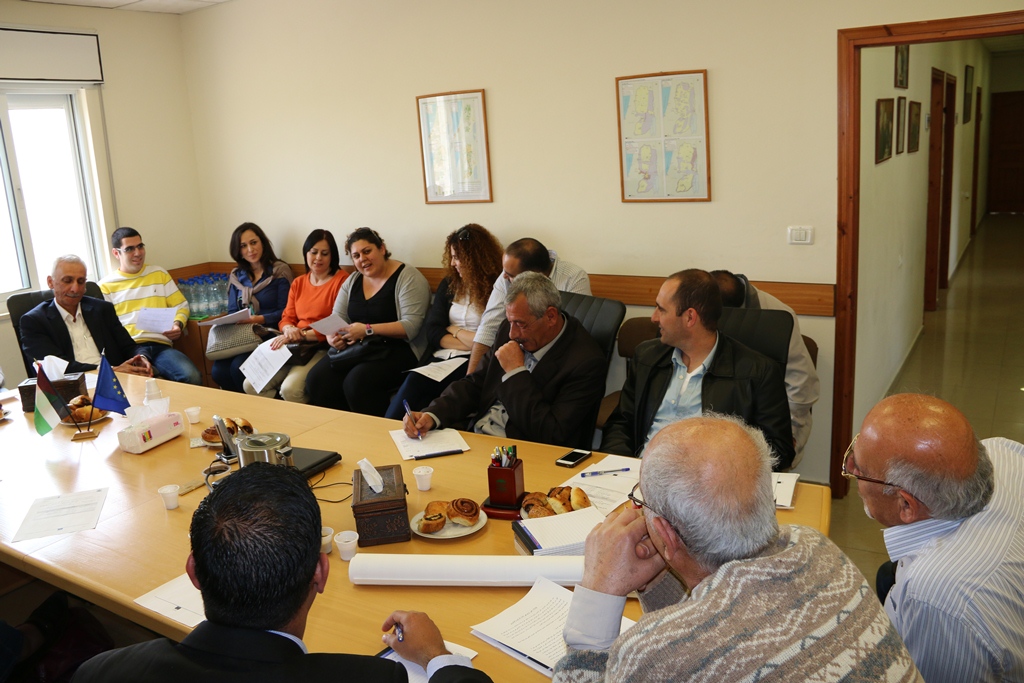 It is worth mentioning that the Project of “Sustainable Planning as a tool to promote dialogue and cooperation between Palestinians in the West Bank and Arab Towns beyond the Green Line” is funded by the European Union (EU) and is a joint project between the Applied Research Institute- Jerusalem (ARIJ) and the Arab Center for Alternative Planning (ACAP). The overall objective of the project is to share experiences between professionals and experts in planning and development from Nazareth and Bethlehem as a project targeted area and in addition engage in dialogue on sustainable planning processes whilst working together to develop sustainable planning guidelines