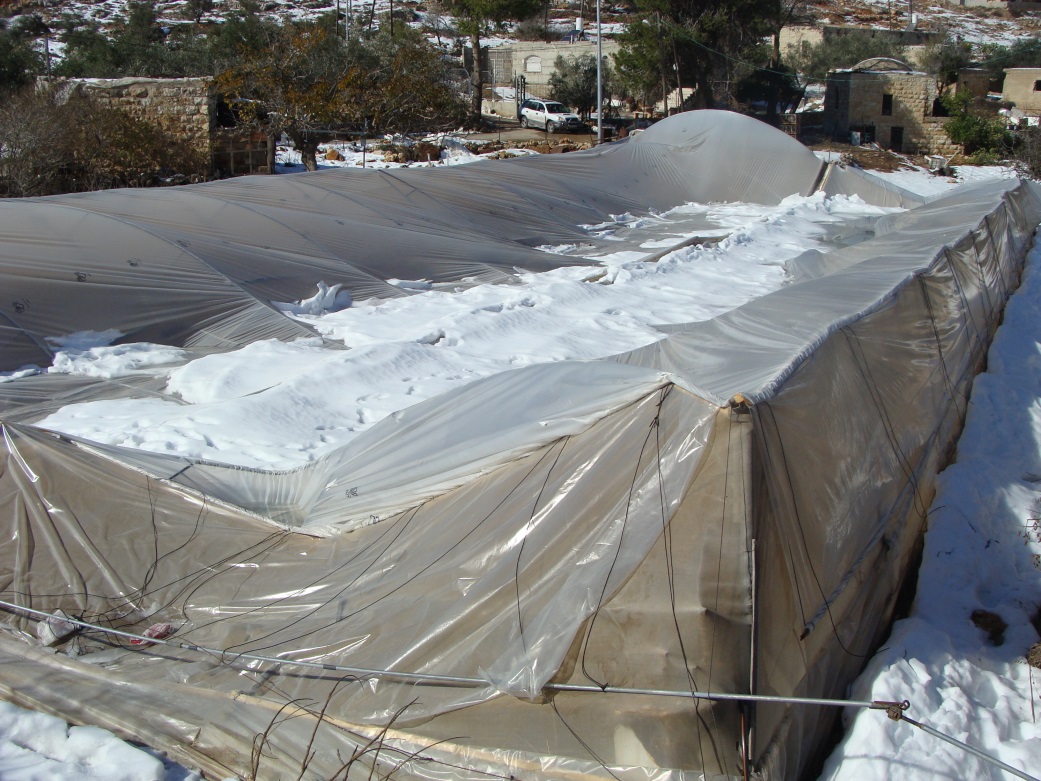 Two images derived from Landsat 7 Enhanced Thematic Mapper (ETM) and Landsat 8 Operational Land Imager (OLI) were used in this study (EROS, 2014). The first image was acquired on December 11, 2013 at 8:12am, the first day of Alexa storm, while the second image was acquired on December 19, 2013 at 8:07 am. Landsat 8 image was used to monitor the cloud cover over the West Bank, while Landsat 7 image was used for the snow mapping process, see photos 1 & 2. 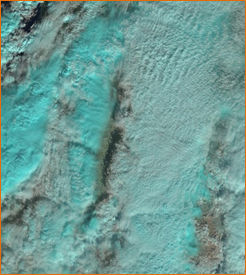 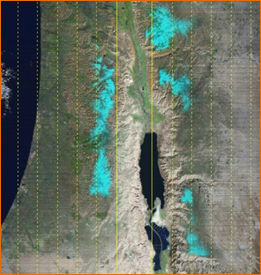 A false color composite was done for Landsat 7 using the following bands: Green (band 2), Near Infrared (band 4) and Med-infrared (band 5); this help to distinguish snow cover from cloud cover (UCCB, 2012). After isolating the snow cover a digitizing process was done to visualize the snow covered land in the West Bank, after that the snow-covered land in km2 was calculated, in addition to estimate the open agriculture land and greenhouses area covered by snow in the West Bank.

Map 1 and 2: Cloud and Snow cover over the West Bank Palestine 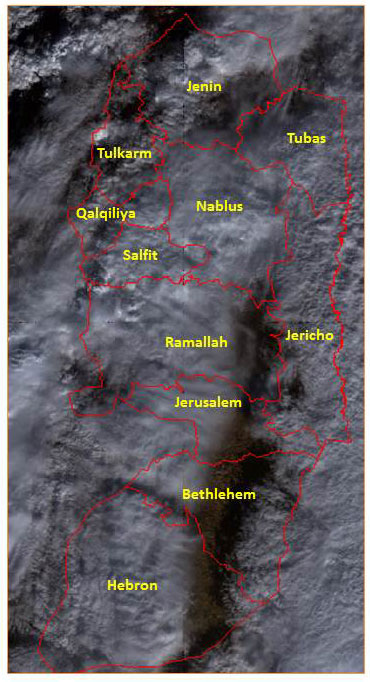 Table 1: Distribution of the snow-covered land in the West Bank Governorates