READ & WATCH ARIJ report on occasion of World Day to Combat Desertification: A large amount of West Bank lands are under ongoing degradation

On occasion of World Day to Combat Desertification, 2013:


The World Day to Combat Desertification is a United Nations observes each June 17. This Day has been observed since 1994 by the United Nations General Assembly to promote public awareness relating to international cooperation to combat desertification and the effects of drought, especially in those countries experiencing serious drought and/or desertification. Each annual celebration has a different theme.

This year, the day’s slogan is
“Drought and Water Scarcity” (Don’t Let Our Future Dry Up).

In this occasion the Applied Research Institute Jerusalem (ARIJ) highlights the main figures and facts about drought and land degradation in the occupied Palestinian territory (oPt):

oPt will become drier through years
Yes we can combat desertification, restore land & prepare for drought.

Drought in the last few years has been a marked increase in a number of droughts in the oPt. The Aridity Index map for the period (200-2010) (map 1) shows that Palestine is located in both arid and semi-arid zones. 26.1% (1574 km2) of the oPt is arid zone and 73.9% (4449 km2) is Semi-arid zone.
In the West Bank, the southern and eastern parts are the most affected by aridity, and the agro-ecological zones of the West Bank ranges from extremely arid in the Jordan Valley and the Eastern Slopes to semi-arid in the Central Highlands and Semi-coastal zones. 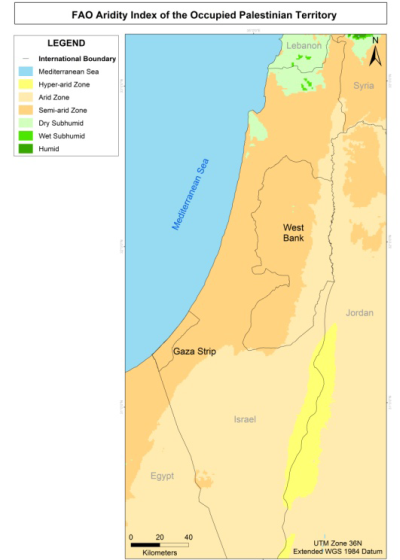 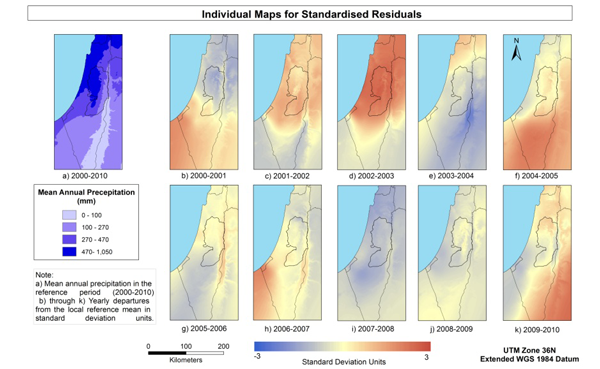 Drought in Palestine is equally affecting farmers who can not water their crops, and the herders who cannot rely anymore on pastures (which are dry and with very limited grazing capacity as a result of drought) for grazing. Map 3 shows that about 42.7% (2,405 km2) of the West Bank area shows a decrease rate of vegetation in dry areas, especially in the southern parts. 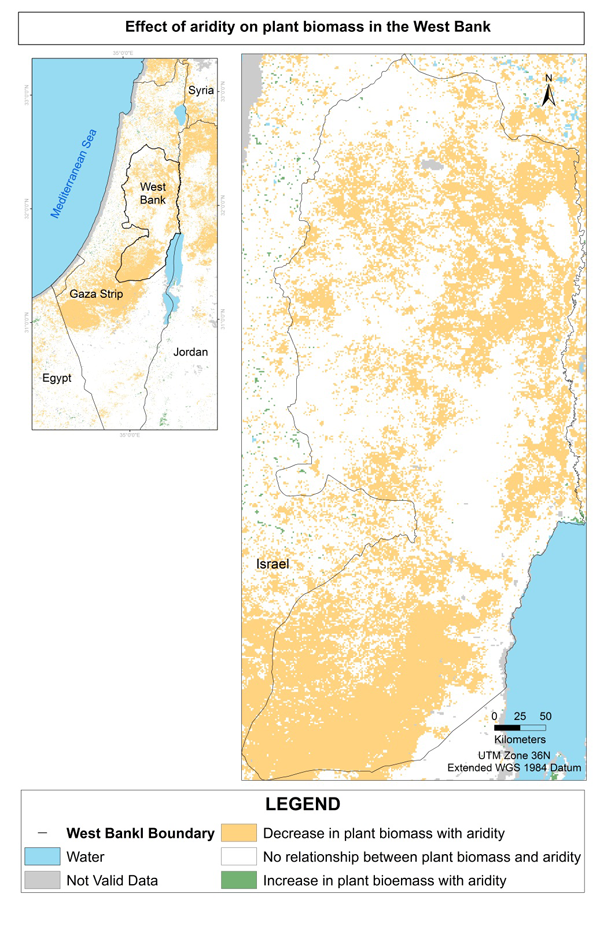 When soil is healthy, it holds more water and the effects of drought are less severe

Land Degradation in turn lowers water tables, resulting in water shortages and salt intrusion in coastal areas, and worsening the effects of drought on affected populations and ecosystems. It is predicted that the effects of desertification, land degradation and drought may expose almost two‐thirds of the world’s population to increased water stress by 2025