Certificate of Compliance with the Palestinian NGO’s Code of Conduct 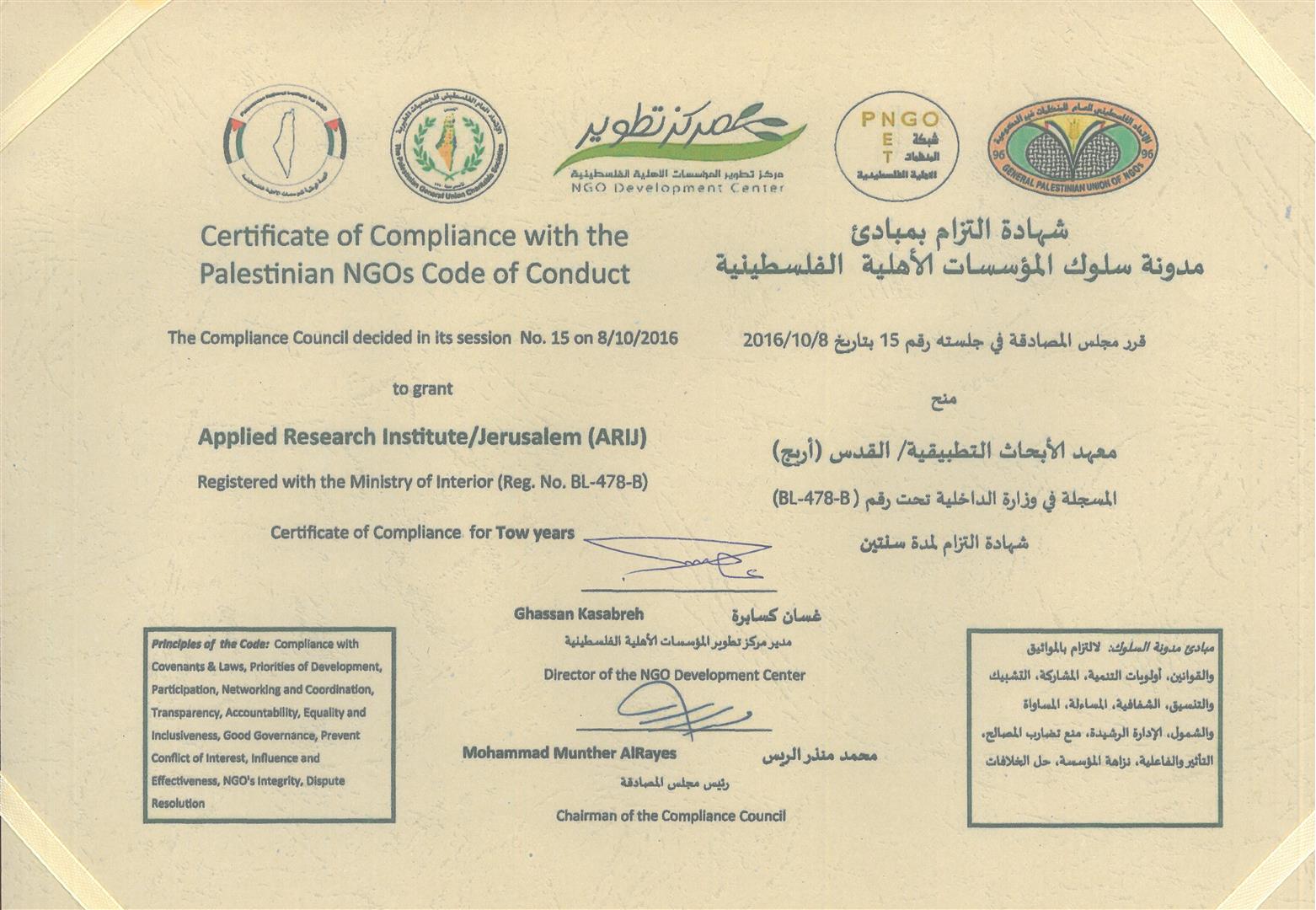 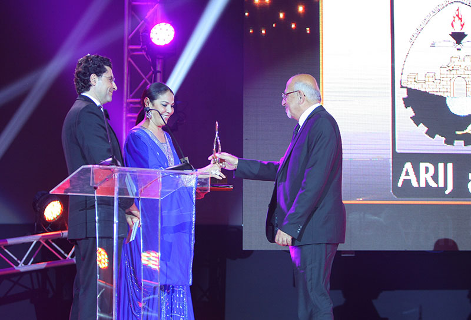 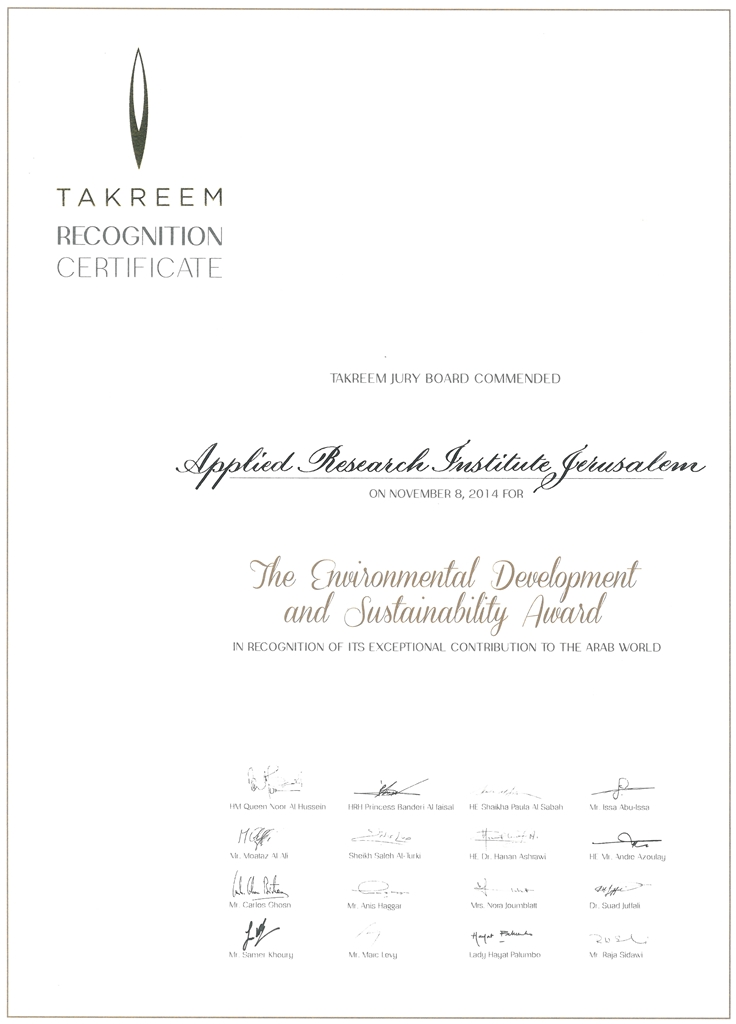 TAKREEM initiative has highlighted ARIJ excellence as being a pioneer in promoting and advancing sustainable development in the occupied Palestinian Territory. Represented by Dr.Jad Isaac (Director General), ARIJ received TAKREEM AWARD (Annex 7) in the area of Environmental Development and Sustainability in TAKREEM’s ceremony that was held on 8 November 2014, Marrakesh, Morocco.

Best Idea for Technological Investment in the Arab World 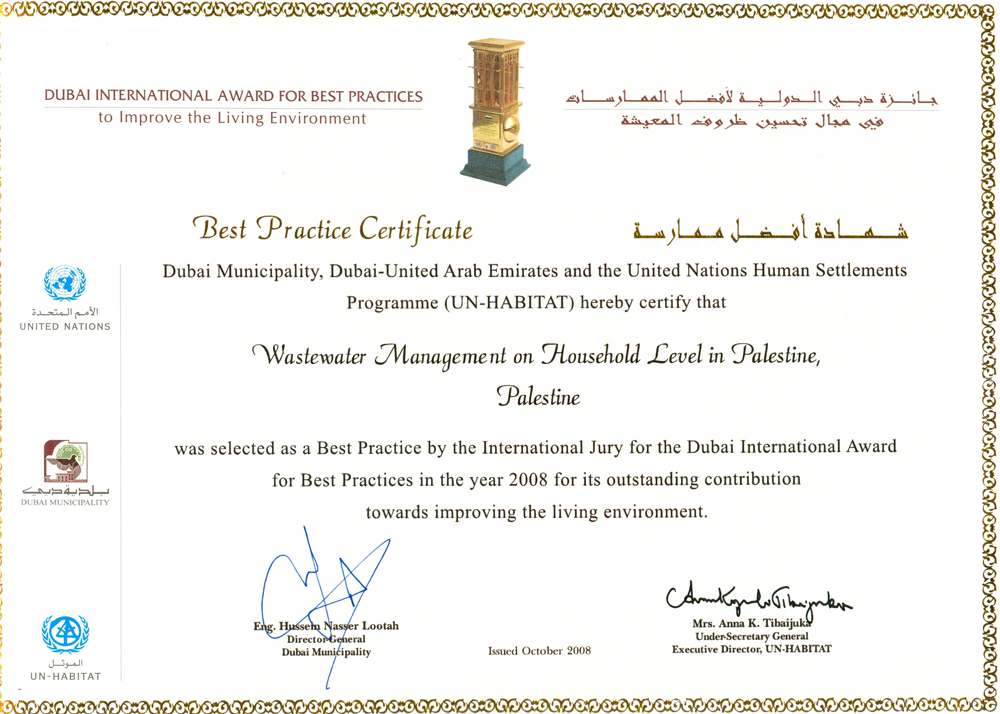 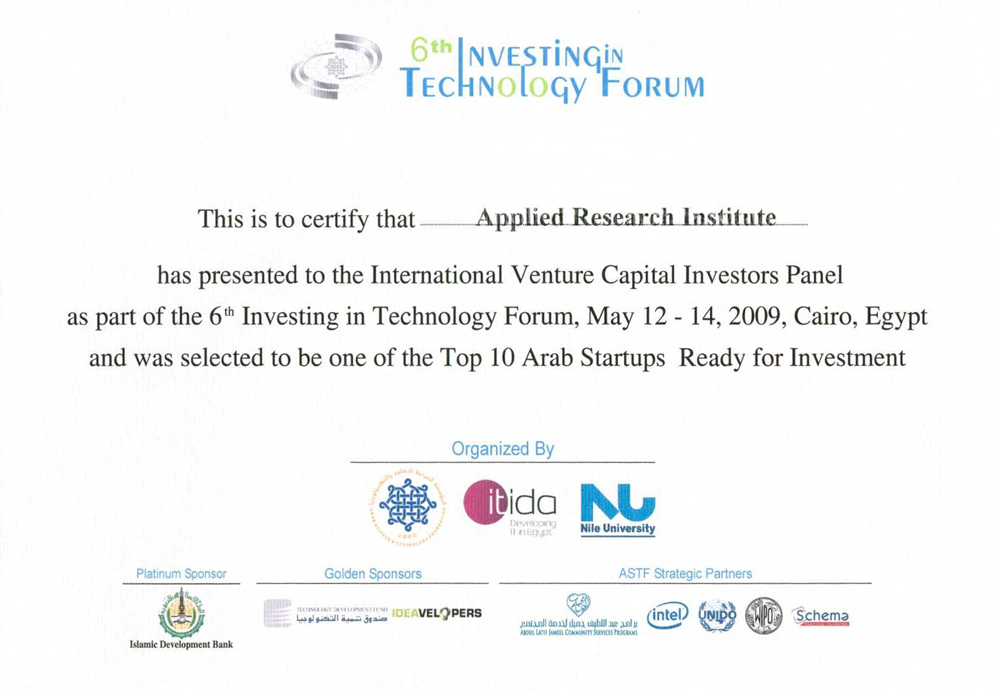 ARIJ received a certificate of best practice in October 2008 from the Dubai International Award and the United Nations Human Settlements UN-HABITAT for best practices in the field of improving the living conditions and the environmental in 2008, through the introduction of the project ‘Introducing During May 2009, ARIJ participated in an Arab conference for investment in technology which was held in Cairo. The conference was organized by the Arab Organization for Science and Technology under the patronage of the Prime Minister of Egypt. ARIJ represented its strategy, goals and major achievements in environmental technology and the possibility of investment in the efficient use of the natural resources. The ideas impressed the attendees of the Arab nation and the world, especially those from research and scientific institutions. At the end of the conference, the Institute received the number one award for best idea to invest in technology in the Arab world, being selected among two hundred participants. This award is considered as a starting point for Arab investors to finance and invest in the technological field through innovative and creative applications.

small scale activated sludge filtration system of wastewater treatment in the rural areas of Bethlehem and Hebron Governorates in the West-Bank’. The project initiates the management of wastewater at a household level in rural areas and marginalized groups in Palestine through the construction of waste water treatment units and water re-use in irrigation. We refer here to the Dubai International Award for best practices in the field of improving the living conditions established by guidance of the Amir, Sheikh Maktoum bin Rashid Al Maktoum, during the International Conference of the United Nations Human Settlements, held in Dubai in November 1995 attended by 914 participants from 95 countries to honor the best practices for positive impact in improving living conditions. The award reflects the policy and commitment of the Government of the United Arab Emirates towards sustainable development of human settlements and environmental protection on the basis of international cooperation. 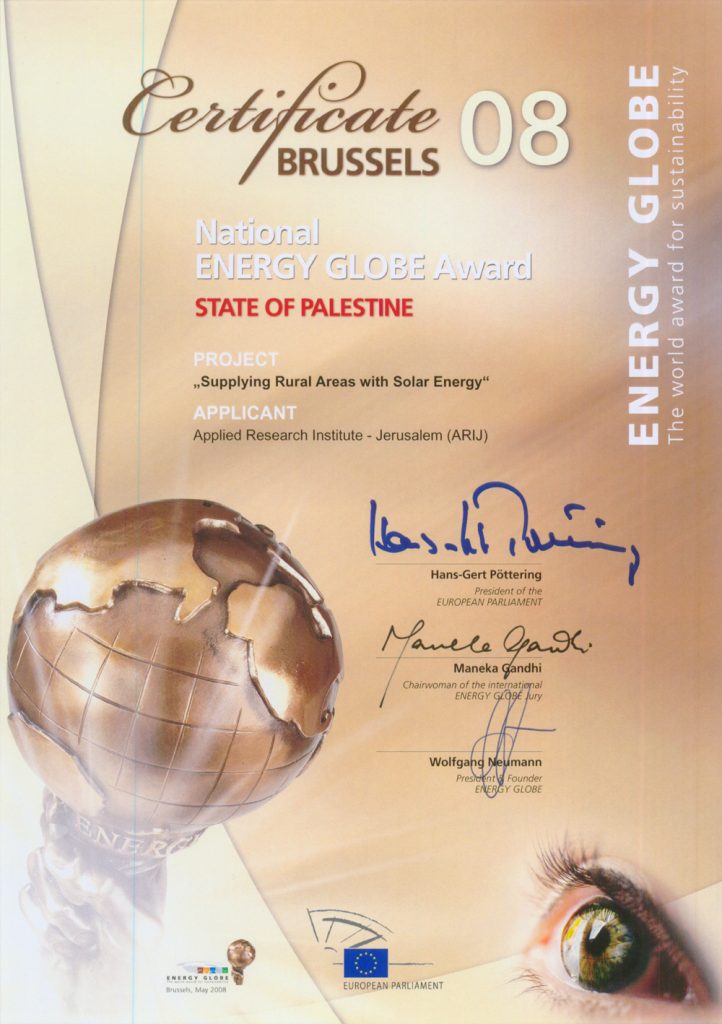 During May 2008, ARIJ has received an award entitled “National ENERGY GLOBE Award – the World Award for Sustainability” under the project name “Supplying Rural Areas with Solar Energy”. The ceremony of distributing the awards was held at the European Union Parliament at Brussels, Belgium in 2008 with the presence of the President of the European Parliament, Hans-Gert Pöttering, the Chairwoman of the International ENERGY GLOBE Jury, Maneka Ghandhi, and the President and Founder of the ENERGY GLOBE, Wolfgang Neumann.  It is worth mentioning that the participation of ARIJ in this GLOBAL event has received a great deal of response, respect and support, as well as sympathy with the Palestinian people and their aspiration for an independent, sovereign state on their own land.  The idea of this project was to supply the rural areas, which are not connected to the power grid in the Occupied Palestinian Territory (OPT) with electricity by using solar energy to achieve significant improvement in environmental sustainability and to reserve loss of environmental resources. In fact, ARIJ participation was a great achievement, as it had opened the doors of cooperation and collaboration with international organizations for future programs and projects.